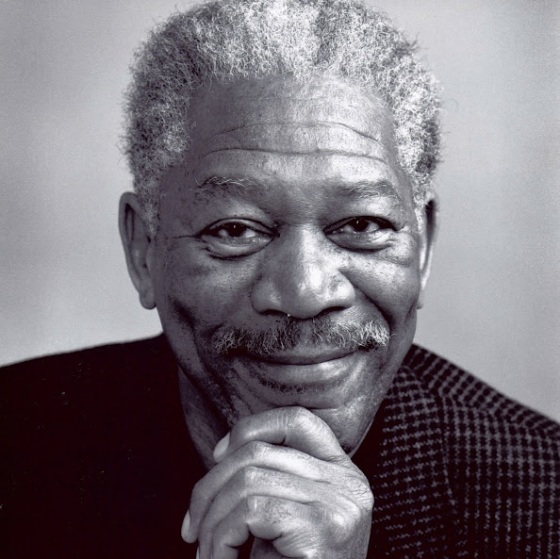 Picture it. It’s 1975, and you’re sitting in front of your black & white TV with the rabbit ears, the channel (manually) switched to PBS. You’re watching The Electric Company, and Morgan Freeman is dressed as a vampire and singing as you sit there glued to your seat. Except you don’t know it’s Morgan Freeman, and the last thing you’re thinking is that you’re going to be seeing a lot of this guy as the years pass.

Morgan Freeman, born on June 1, 1937, in Memphis, Tennessee, was moved around a lot as a child, living in Mississippi; Gary, Indiana; and Chicago. As a young man he turned down a partial drama scholarship from Jackson State University to join the Air Force where he served as an Airman 1st Class.

And though many of us first became acquainted with him as a cast member on a children’s show, he went on to become a multi-award-winning actor, director (1993’s Bopha!), and narrator (that voice!). There are simply too many movies and TV shows to list, but some that we absolutely have to mention are: The Shawshank Redemption, based on the Stephen King novel; Driving Miss Daisy; Invictus (as Nelson Mandela); Million Dollar Baby; and Glory, as well as narrating documentaries such as Flight of the Penguins, Slavery and the Making of America, Freedom: A History of Us, 30 For 30, American Masters’ episode on Clint Eastwood, and The Civil War.

Freeman’s geek/genre cred cannot be challenged. Most recently, he played Joseph Tagger in Transcendence and voiced a role in The Lego Movie; he’s also appeared in Oblivion; Dreamcatcher; Se7en; The Twilight Zone (TV); Deep Impact; War of the Worlds (narrator, 2005); and played Lucius Fox in Batman Begins, The Dark Knight, and The Dark Knight Rises.

Happy birthday to a talented actor who keeps on keepin’ on.